Happy Monday everyone! Today I thought I'd swatch one of my vintage Hard Candy polishes for you guys. Considering it is manic Monday, I figured Manic would be the perfect color for today! Manic Monday (if you don't know - BUT YOU SHOULD) is the famous song that was released by the Bangles on January 27, 1986. While that date isn't especially significant, the next day, on January 28, 1986, the US space shuttle Challenger exploded during launch and killed all seven astronauts on board. It was the first time in NASA manned space flight history that a crew was killed during a mission, and was a very sad day for the United States. 6 days later, on February 3, I was born. How is this significant at all to this polish? It's not, just thought I'd throw out some random trivia for you guys!

Anyways, if you know me, you know that I have a slight obsession with vintage Hard Candy polishes. It all started back in middle school when I began seeing ads for the brand in YM and Teen magazines, and when the lovely little square bottles started popping up at Sephora and other department stores in my area. I was hooked. The brand was revolutionary for its time, as there were not many "fun" nail polish colors on the market. The story begins when the founder of Hard Candy, Dineh Mohajer, mixed up a sky blue polish one day to match her shoes. People flipped out, she created the brand Hard Candy, next thing you know Alicia Silverstone wore Sky polish on Letterman one night and the rest was history. The original Hard Candy line is long discontinued, and although the line has been revived and is being sold in Wal-Mart stores in the US, I still prefer the old stuff =)

Manic is from the original Hard Candy release back in 1996 and has been discontinued for many years. The formula was a bit thick and goopy, so I added a few drops of thinner and it was just right. Manic is a vibrant royal blue/purple shimmer and I am absolutely in love with it! Unfortunately, no matter what lighting source I used, I just couldn't capture the true awesomeness. Imagine these pictures with a hint of a purple flash and you will have the right idea of Manic. 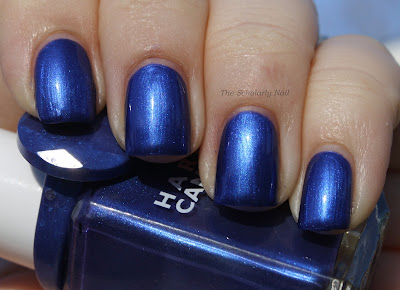 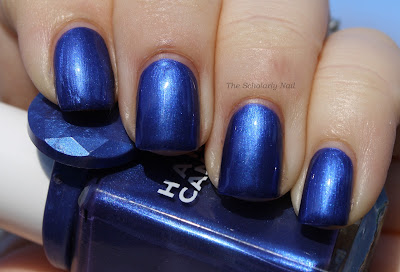 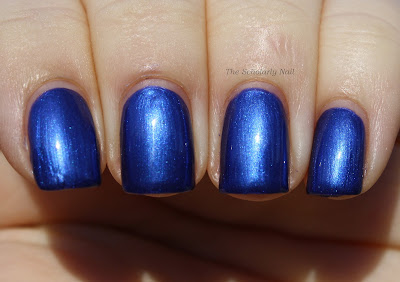 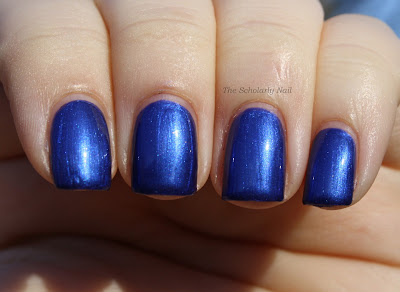 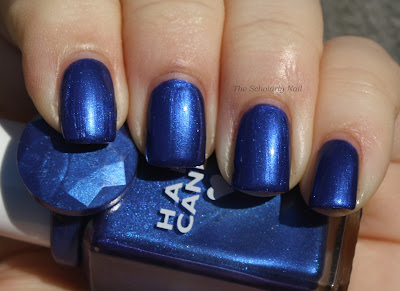 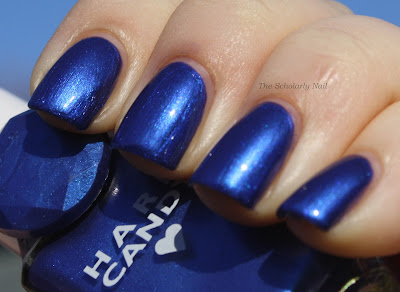 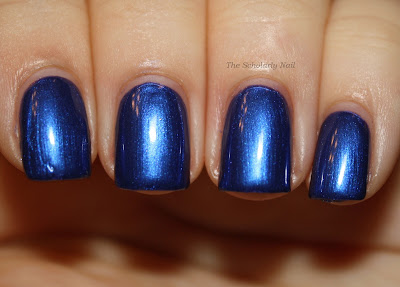 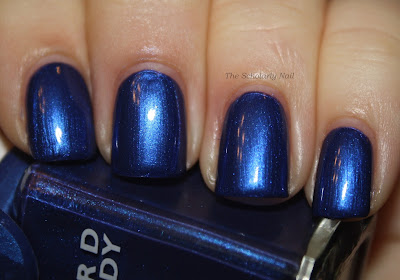 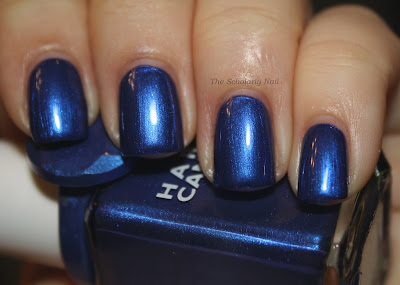 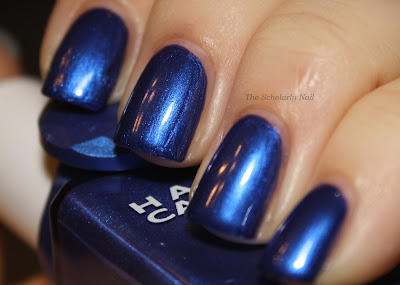 Thanks for stopping by! I will see you all tomorrow =)
Posted by Jacqui of The Scholarly Nail at 12:28 PM