Hey everyone! Moving right along with vintage Hard Candy week, today I have some awesome glitters to show you!! For those of you just joining in, Hard Candy was originally a niche brand back in the late 90's and early 00's that was sold exclusively in high-end retailers such as Neiman's and Nordstrom. Hard Candy, along with Urban Decay, were at the forefront of nail polish innovation and did tons of edgy colors and finishes that no other polish brands were doing at the time. I firmly believe that the nail polish world is where it's at today largely because of brands like Hard Candy that helped break the mold.

Hard Candy did some fantastic glitters back in the day, probably the best of which were the Christmas collection from 1996, which included colors such as XXXMas, Jingle Balls, Icky Eggnog and Seasonal Psychosis. Sadly, I don't have any from that collection (save a decant of XXXMas) and they will forever be at the very top of my lemming list. However, I have managed to snag a few other awesome glitters and I'm so excited to show them to you today!!

First up is Hard Candy Space Boy. It was part of Hard Candy's original release back in 1996 and it is still one of the best glitters I own today! Space Boy is a super chunky silver holo glitter that was opaque in 2 coats. It was a very hungry glitter and I probably should have used a coat of Gelous to smooth it out but I didn't so it ate straight through the coat of Seche Vite I used. But I didn't mind the grittiness because it was still as blingy as ever!

I have lots of silver holo glitters in my stash but there is just something special about this one. Perhaps it has something to do with the matching glitter holo ring that came with it, but I always find myself pulling this bad boy out and admiring it! It's just that awesome. I am probably going to end up wearing this again for New Year's Eve or some other big party because this polish deserves to be seen! 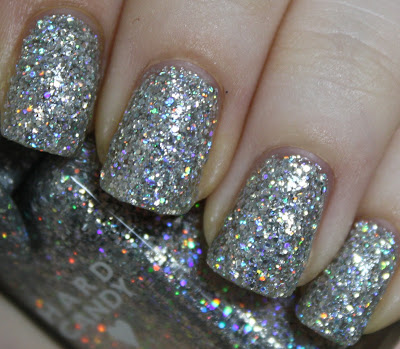 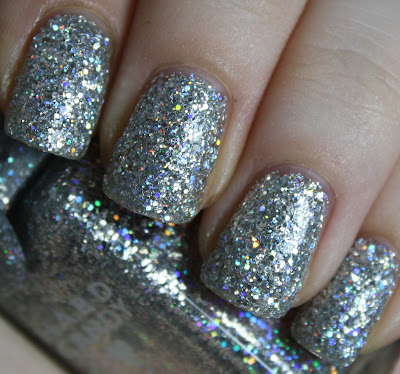 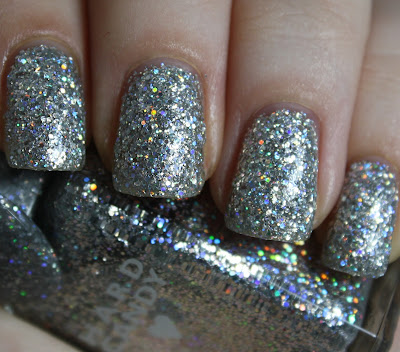 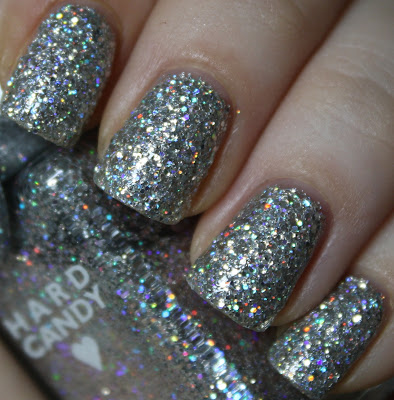 Next up is Hard Candy Galaxy. It came out somewhere around 1999, and it as awesome today as it was back then. Galaxy has a black jelly base packed with micro and small hex gunmetal glitter. LOVE LOVE LOVE this one!! Although it looks sort of similar to a few polishes that are out today (OPI Metallic 4 Life comes to mind), Galaxy was in its own class back in the 90's. This is another one that is worthy of a special occasion, it's so awesome!

I'm kind of disappointed in my pictures of this one, I've been so busy lately that I haven't had much time for swatching and everything has to be done super quickly. I apologize for the bluriness! 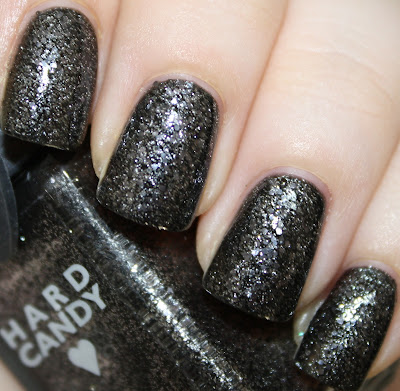 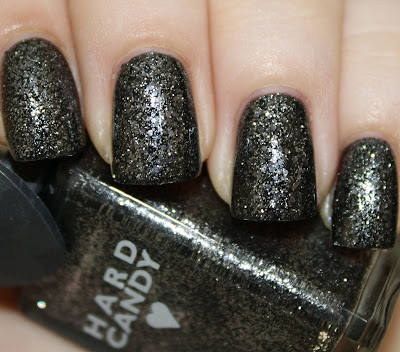 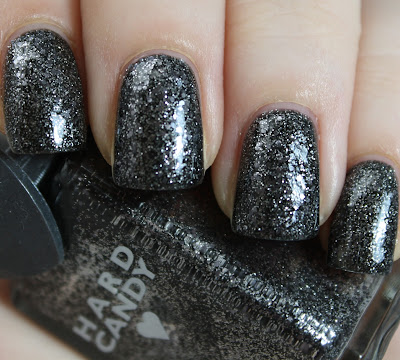 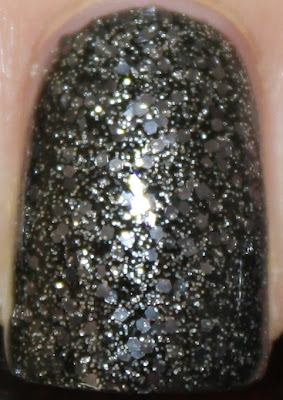 And for fun, here is a postcard that showed all of Hard Candy's original 1996 release polishes, including those awesome Christmas glitters I told you all about earlier. One day I hope to own them all mwahhahahahhhhhhh! I'm getting there, considering I already own 26 of the ones on there =) 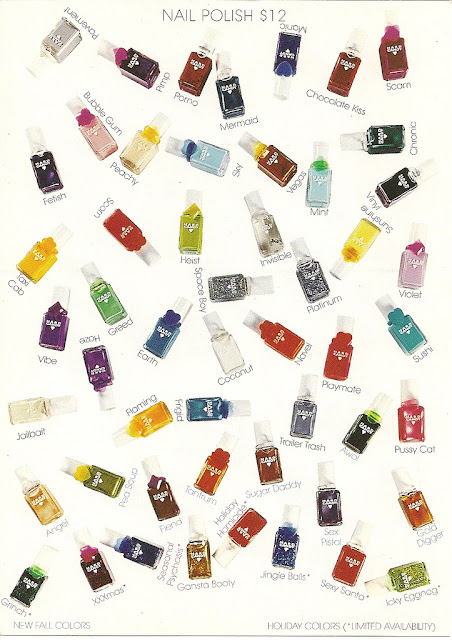 What do you guys think of these vintage Hard Candy glitters?

Thanks for stopping by and I will see all of y'all tomorrow with even more vintage Hard Candy!


Posted by Jacqui of The Scholarly Nail at 8:53 AM